Each month, we’re interviewing a different member of our team. This month we spoke to IT Manager, Paul Stevenson. 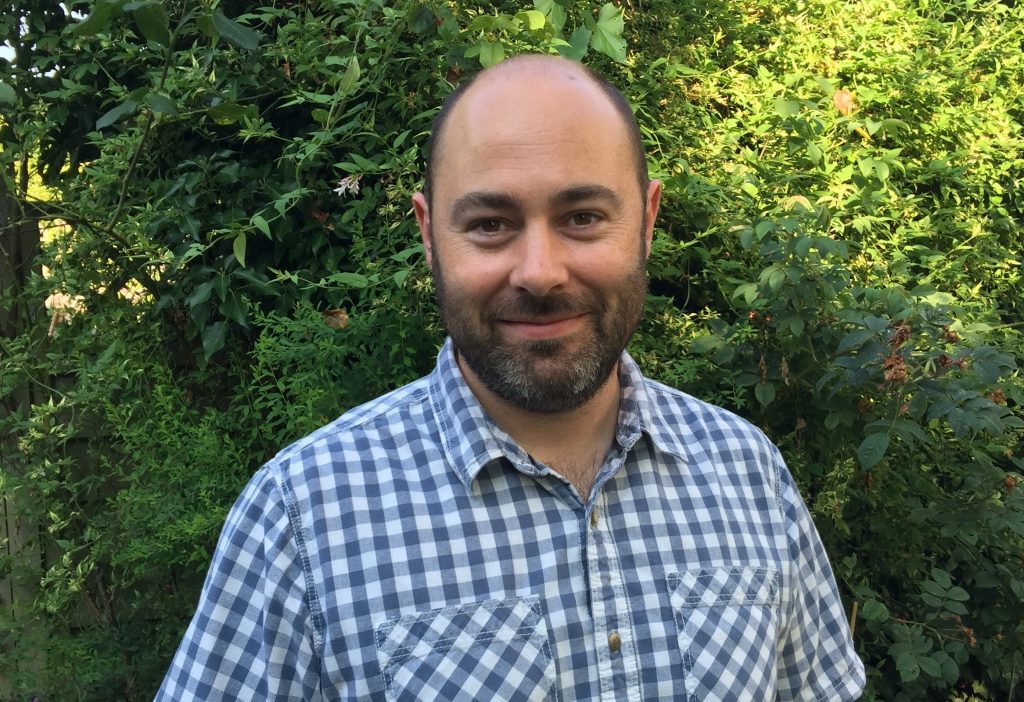 How long have you worked for Stevenson’s, Paul?

As it’s my family’s business, I started with Stevenson’s when I was a teenager during my school holidays. But I formally joined the payroll full-time in 1992, starting in the shop.

Have you worked anywhere else?

Yes, before I was fully employed here, I worked part time at Marks and Spencer while doing my A-Levels. I went to university but it wasn’t for me so I dropped out. I even once did a night shift in Tip-Top bakery in Orpington, but that wasn’t my proudest moment!

What roles have you held?

What roles haven’t I had?! I’ve done a bit of everything, from yard boy to MD, and still muck-in where needed. We all do – we’re a small family firm.

I’m currently the IT Manager and IT has formed a large part of what I’ve done during my nearly 30 years at Stevenson’s.

In my early days, I redesigned the stock management software, then I set up our first computer network and created the service department’s job management software. After a part-time AAC accountancy course, I took on the payroll management, updating us to the latest software accounting and payroll packages.

As technology improved, I installed our second computer network, linking all the computers, installing a Windows server and a much bigger telephone system.

Around that time, we had taken over Keston Boilers, so I spent some time getting hands-on gas experience with the engineers. I held various roles at Keston, latterly company secretary and office manager. I created a job management system and integrated it with the accounts and an engineer’s mobile reporting system.

In 2006, I transferred back to Stevenson Heating, spent a few years as Managing Director and then became IT Manager, which is really my first passion.

My priority is to streamline our IT systems again, as technology doesn’t stand still. It’s important we take advantage of technological changes – especially in these times of increased remote working – and continually improve our customer service.

You can probably tell from my work history that I am a total nerd!

I’m also qualified as a Level 1 British Cycling Coach. My Saturday mornings are usually spent coaching at the Hayes children’s bike club, known as Bigfoot. We’ve done a version of the London to Brighton bike ride and a Hayes to Dunwich (Suffolk) three-day ride with them.

Do you have a favourite film or song?

My favourite film has to be Ronin. Music-wise, I mostly like 90’s Brit-pop and dance – I used to do mixing in the late 90’s.

I am rather partial to a particular coffee from Costa: their vanilla latte!

Eco Deal to save on energy efficient products

Save Money With Our Eco Deal This Spring

We’ve just launched our Eco Deal spring offer to help you save money while becoming more energy efficient with your heating system. 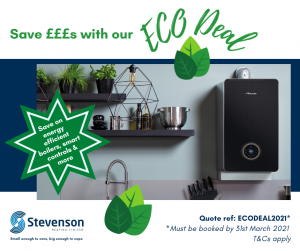 Do you feel like you’re wasting money on your heating because it’s not efficient? And are your bills bigger than you’d like them to be, especially during the winter months when you need your heating most? Well, switching to newer, energy efficient models can actually save you money.

And this doesn’t just have to be for your boiler. Sometimes simply switching to Smart Controls, adding new thermostatic radiator valves to your radiators, or having a system power flush can improve your heating’s efficiency.

That’s why we’ve launched our Eco Deal for this spring, which gives you 10% off upgrades to a number of energy efficient products.

Products included in our 10% offer are:

So, don’t miss out! Take up our offer by contacting us before 31st March 2021 to book in your upgrade. Quote ECODEAL2021 when you contact us.

Each month, we’re interviewing a different member of our team. This month we spoke to Sale Manager, Gary Chaney. 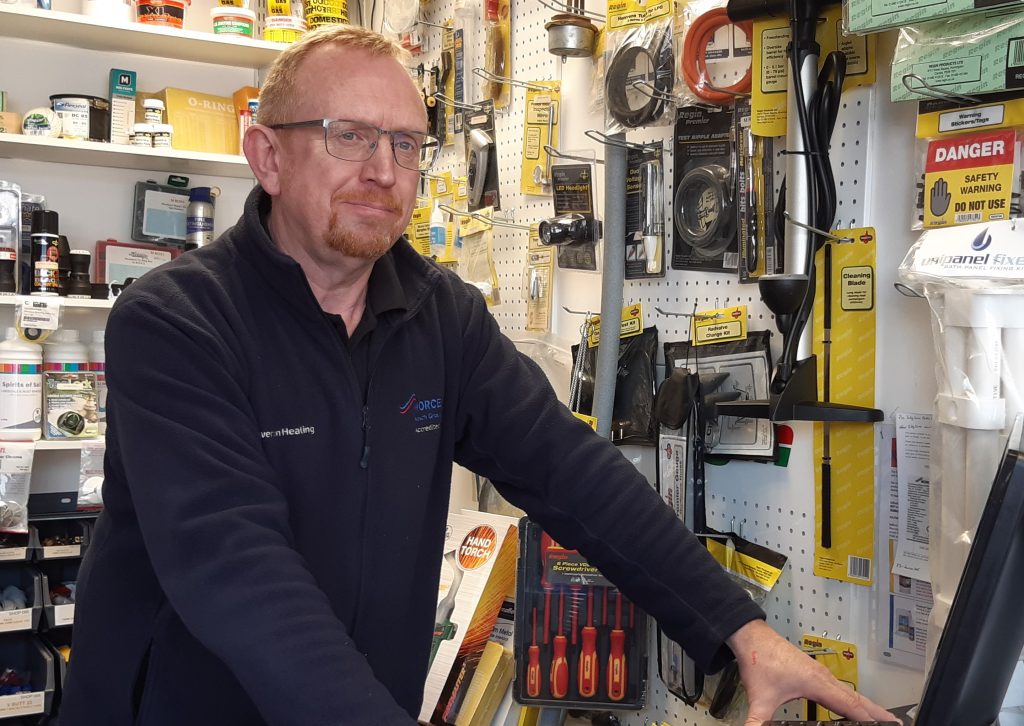 I’ve been working for Stevenson’s Sales for 34 years. I started in 1986 as a Sales Trade Counter Assistant and became Manager within a couple of years.

As the Sales Manager, I serve and advise customers in our shop, online, by email and over the phone. I also process and dispatch orders and I’m in charge of purchasing all the products we sell.

Over the years, my duties have varied, including the development of Keston Boilers when they became part of Stevenson’s. I was their Spares Advisor and Dispatch Manager to merchants throughout the UK.

The move to West Wickham High Street in 2017 brought us many new customers wanting different products. I love helping them find new products and we continue to evolve to meet their changing demands.

As the industry changes, so do we. The shop will continue to add new stock lines. We’re an independent retailer and there aren’t many of us left in the heating and plumbing industry. We try to offer a different experience to the national companies and there’s definitely room for us to compete with them. I’d like to encourage people to shop local and support independent retailers as much as they can.

I’ve actually been working in this trade in some shape or form since I was 11 years old! And I’m still passionate about it.

I’m an avid Crystal Palace supporter, both home and away. OK, the team’s not made it to Europe yet but it’s still good to dream. For me, that would compare with England winning the World Cup!

Definitely tea! As for sugar, I say “No thank you, Turkish, I’m sweet enough!” (which might also give you a clue to the type of films I like…!)

We know that things can sometimes go wrong with your heating, when you least expect or need it to, so over this holiday period we will be open and available on the days given below, including by phone.

Just a couple of things to note:

1. Although we are open, quite a lot of staff are taking holidays, so we will be working with reduced numbers.

2. Our usual emergency engineer out-of-hours cover will be available every day, except the Public Holidays.

3. Days marked with an asterisk (*) may have slightly earlier closing times than normal.

Each month, we’re interviewing a different member of our team. This month we spoke to Director of Services, Neil Stevenson. 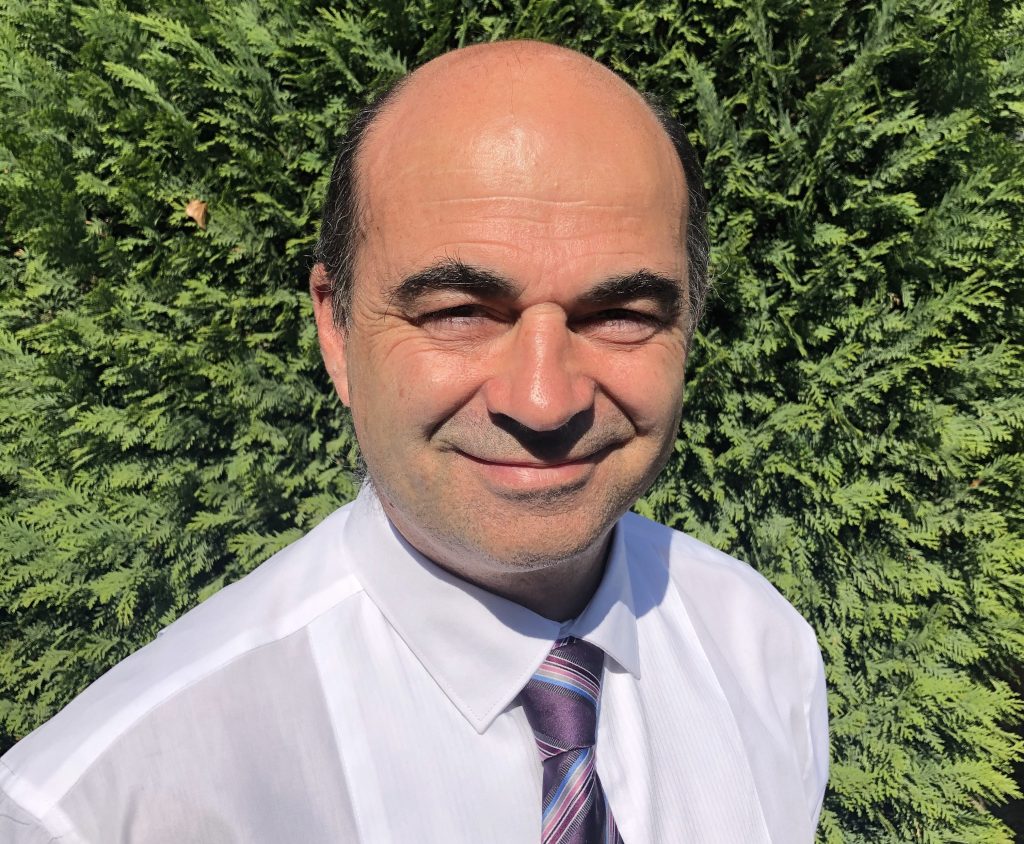 Although Stevenson’s is my family’s business, I didn’t join until 2013, following a 30-year career in the Met Police! At the time, my father Peter was still running the business with my brother Paul.

I am Director of Services, which means I’m responsible for bookings and the general day-to-day running of the office. I love dealing directly with our customers and helping them out.

Stevenson Heating has been a well-known, reliable family firm in the local community for over 80 years. I want to continue its success and build on that for the next generation of customers.

I joined the Met Police when I left school and spent a wonderful 30 years as a police officer. While in the Met, I did a law degree and legal practice course. I’m not a practising solicitor but the knowledge does come in handy for running a business too.

Since I joined Stevenson’s, I’ve qualified as an electrician, which comes in useful when talking to customers – and at home! We have other full-time electricians on the staff but I sometimes get called on to help them out with an installation.

I’m a keen cyclist and I’m also a family man. My three daughters still live at home, although one will be moving out soon. No doubt I will be called on to do some electrical work for her!

Tea, without a doubt. Milk, no sugar please!